Virsehatt is a 70 metre high hill that rises dome-like above the Sennan valley. The hill is located in Virsehatt Nature Reserve (Swe)

External link, opens in new window.. Here there are plenty of beautiful views, as well as pleasant trails to discover.

Those who want a slightly tougher hike but with a great reward should make it all the way up to the top. From the foot of Virsehatt, a marked path leads steeply uphill and once on top you are greeted by a fantastic view towards Halmstad and the sea that makes the picnic taste wonderful. 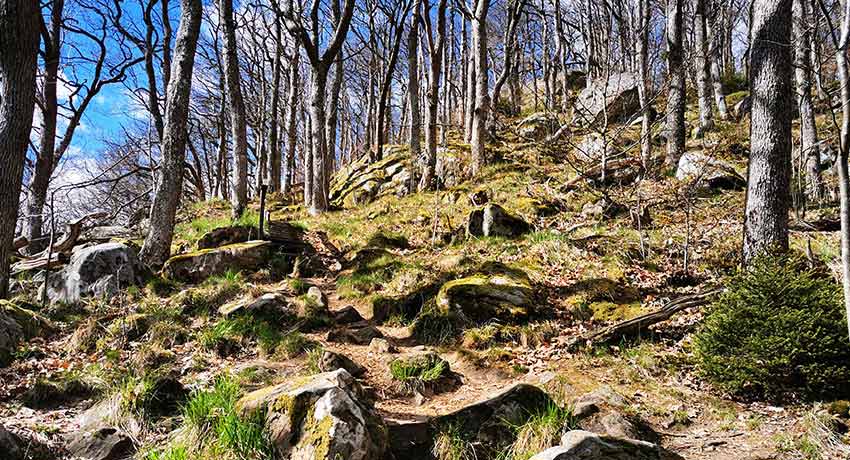 External link, opens in new window. was inaugurated as long ago as 1936 and is thus Halland's oldest nature reserve. Here it is deciduous forest and pasture that dominate but there is also a lot of other vegetation. In summer, for example, you can smell the wild honeysuckle that descends over the rocks and to the north lies the most lush part of the hill where herbs such as yellow star-of-Bethlehem, true-love and blue anemone appear with the spring. 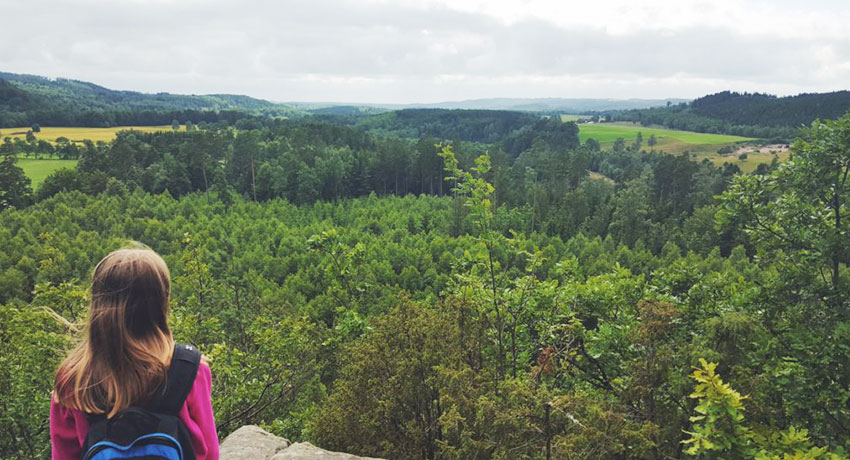 At the top there are actually remains of an ancient castle from the Iron Age, something that is quite rare in this part of Halland. And given Virsehatt's natural precipices, the ancient castle was probably difficult to assault.

It is also said that in antiquity old people were forced to throw themselves off the steep precipice. We don't know if that is true but at one of the crests there are pits that suggest that Virsehatt has at least been some kind of sacrificial site during the Bronze Age. 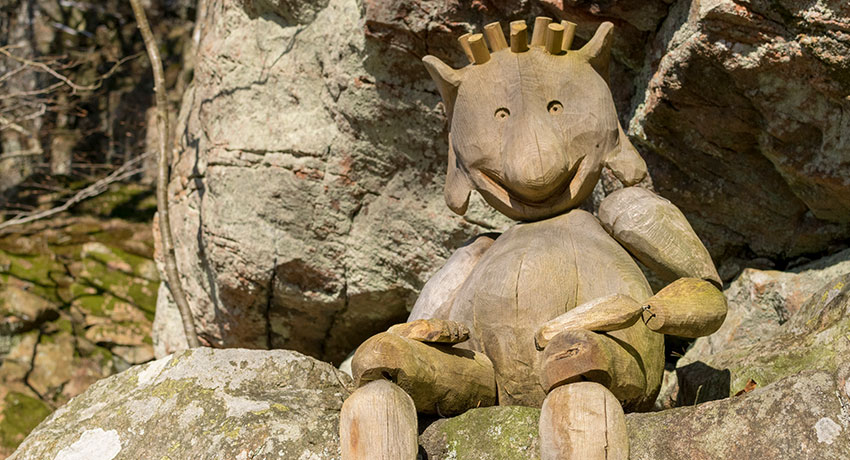 Digital treasure hunt and a troll

External link, opens in new window., which is perfect for curious children. With the help of your phone or tablet, you can obtain the map and listen via QR codes to the character Virse's stories. The treasure hunt goes all the way up the hill and in total there are three treasures hidden along the way. Can you find them? On the way you might even meet Virse himself and don't forget to look out for the troll who is hiding somewhere on the hill. The tour is about 1km long.