A green oasis with a rich history, just a stone’s throw from the city centre. Discover this charming beech and mixed forest with beautiful views, winding trails, cosy picnic places and exciting history. It is no wonder that Galgberget has become a favourite of many. 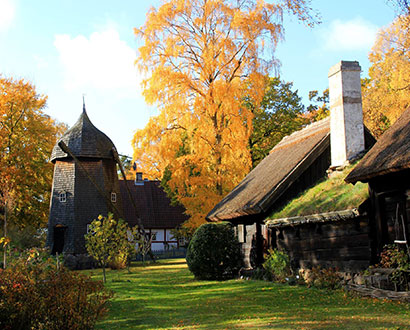 Places to visit and attractions at Galgberget 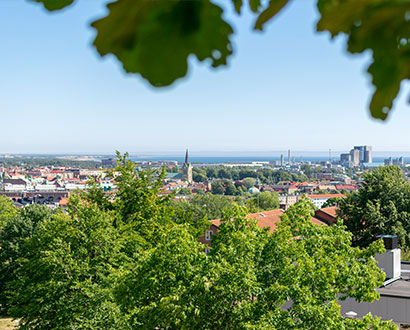 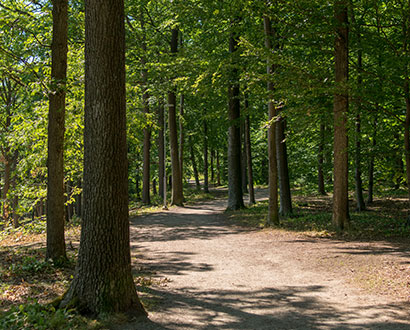 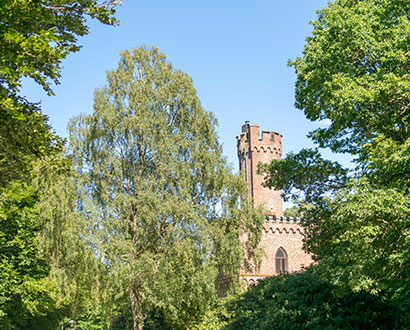 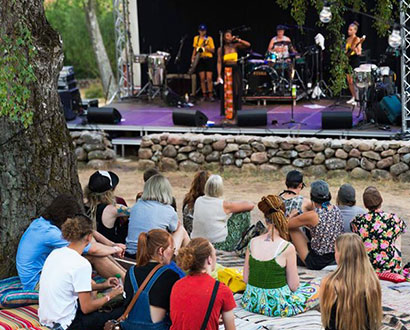 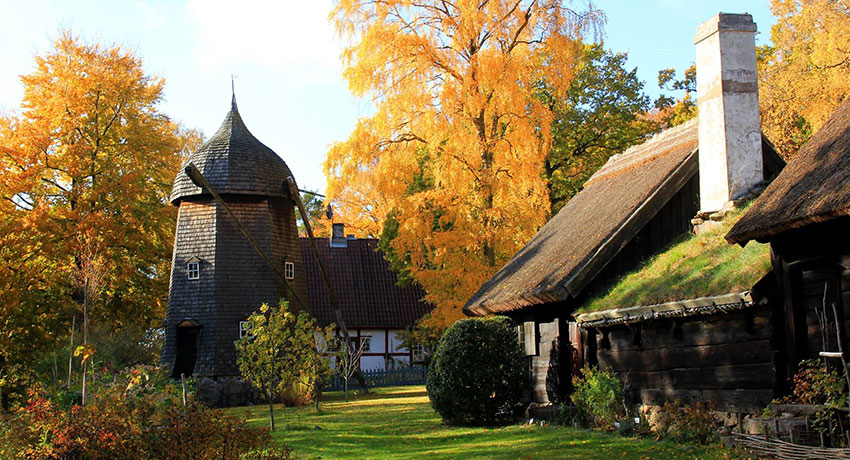 Places to visit and attractions at Galgberget

The Hallandsgården open-air museum is a unique spot in Halmstad. It provides a fascinating insight into the life of our forefathers. The museum is made up of old buildings from the entire province of Halland, including a windmill, cottage and schoolhouse. During the summer, you can enjoy refreshments at a charming café. There is also a popular playground, an exhibition room and delightful surroundings with cultivated plants. For more information about the open-air museum, go to the page about Hallandsgården open-air museum.

At the highest point at Galgberget, Klyftehög, you will find a 13-metre high observation tower. Climb to the top for breath-taking views of Halmstad and Kattegat. In clear weather, you can see all the way to Bjärehalvön peninsula and Hallands Väderö island! Construction of the observation tower started in 1896 and was completed in 1897. Initially, the tower was home to the forest ranger.

Is the tower too high to climb? There is also a lovely viewpoint at ground level nearby the observation tower.

There are two animal cemeteries in Halmstad municipality, one of which is at Galgberget. The cemetery is a peaceful, beautiful spot, well worth a visit.

At Galgberget, you can visit a memorial stone to forest master Carl-Gustaf Noreen who, in 1863-1866, started planting trees to create what is now a part of the forest at Galgberget. There is also a stone in memorial of the training grounds for the Halland Regiment and Halland Brigade, 1906-2000. 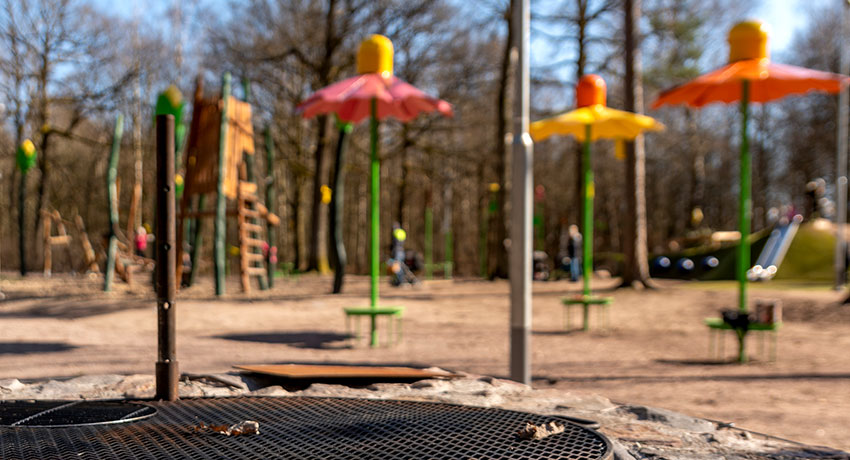 Did you know there are rumours of mystical creatures at Galgberget? Not so long ago, legends and fairy tales were living folklore. Trolls and goblins, forest fairies and water sprites, ghosts of persons who died at sea and giants – they all played a role in the world of our forefathers. If you tread carefully, you might even catch sight of an old, wooden troll. Trolls can often be spotted at the junction between the two roads – Landalavägen and Norénsvägen. 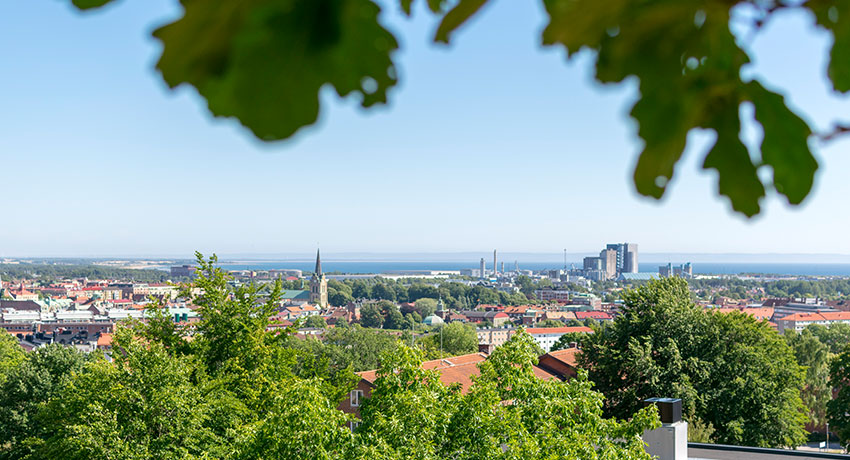 View of central Halmstad from the lookout point

Just wandering around the beautiful beech forests at Galgberget is a delight in itself. You will feel a real peace of mind and find it easy to relax among the mighty trees. The forest is especially magical in the spring. Is there anything more beautiful than the delicate green buds of a beech forest?

Landalasjön lake is at the north-east of Galgberget. This is a delightful little lake, popular for hiking. Find a spot on one of the benches and enjoy your surroundings. There is a fountain in the lake, and wild birds come to visit from time to time.

If you want to take a break and enjoy the beautiful scenery, but do not feel up to climbing the observation tower, take a walk to the viewpoint and enjoy the breath-taking views of central parts of Halmstad. If the weather is clear, you can see as far as to the ocean. 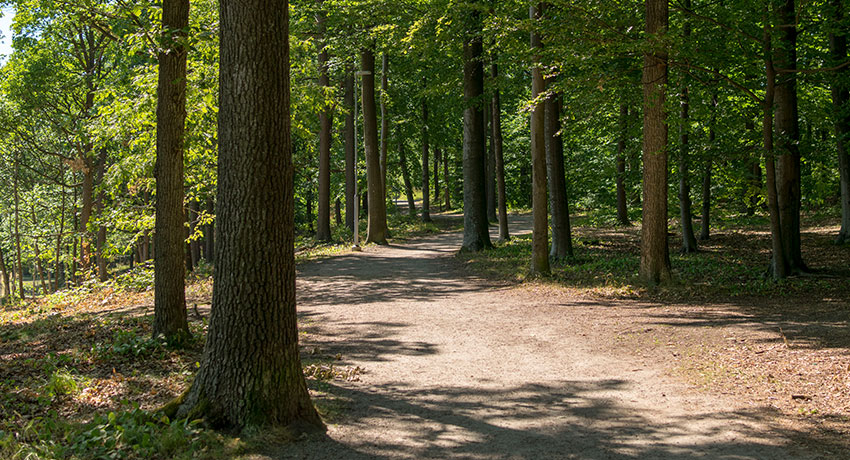 Galgberget is a very popular destination for the citizens of Halmstad for jogging and walking. There is also a horse-riding trail. There is a good range of trails in terms of length and difficulty. Galgberget has three main trails: a 5-km trail, the 4-km Hälsans or health trail and the 3-km trail with floodlights. The horse-riding trail is slightly shorter than the jogging and hiking trails. Take a look at our map to find the best trail for you.

Galgberget also has three outdoor gyms. Vapnö gravel pit is only some 100-metres from the orange 5-km trail. For really sweaty sessions, there are plenty of steep sand slopes, high and low hurdles, horizontal bars and climbing walls.

LV6 is the largest outdoor gym in Galgberget. It has almost everything you need for all-round functional training, all made from wood. The outdoor gym is located at Fortifikationsverket, next to Landalavägen road, just after the start of Galgberget’s orange 5-kilometre trail.

The third outdoor gym is located near Hallandsgården. The three jogging trails pass by this outdoor gym. It has a good range of equipment to challenge you in a workout. All the outdoor gyms are marked on the map above. We have compiled information on outdoor gyms on a separate page. 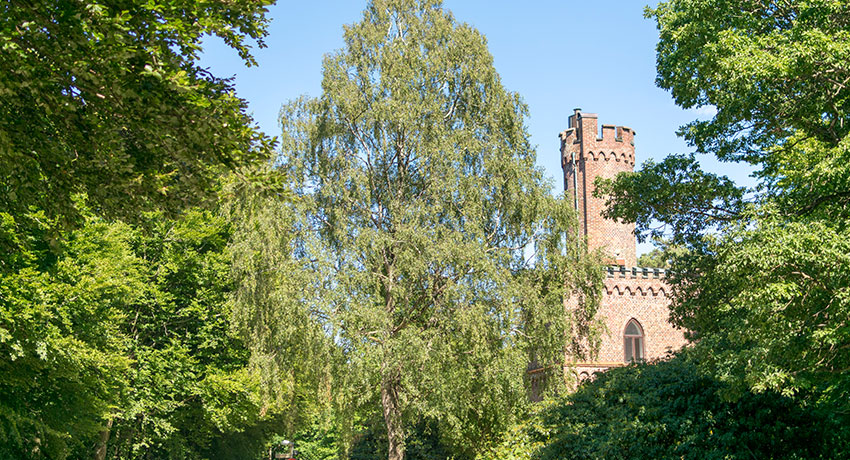 The lookout tower on Galgberget

Galgberget formed as far back as the last Ice Age around 14,000 years ago. The ice sheet transported vast volumes of stone and gravel with it, and these were deposited when the ice started to melt.

The name Galgberget comes from the time when, by all accounts, the hill was used as an execution site. More specifically, the name is derived from the gallows on the hill (the Swedish word for gallows is galgar and berg for hill). These gallows were used to hang prisoners who had been sentenced to death. Maps have been found from the time when Halmstad belonged to Denmark, in the 17th century. On these, you can see the site of the gallows, representing the very first evidence of the dark history of this site. On top of the hill, north-west of Norre Port, there is a picture of a gallows at the site where the gallows are thought to have stood. The oldest evidence of any executions dates back to 1619. It is said that the executioner was paid 15 marks for burning Kirstenn Niels Mougensenn “paa biergett” or on the hill.

The hill has also been used on several occasions as a strategic base during the siege of Halmstad. This was a strategy implemented by Erik XIV. In the year 1563, during the Nordic Seven Years’ War, the Swedish King tried to lay siege to Halmstad. After firing artillery at the town from Galgberget, the Swedish soldiers attempted to storm the town six times, but with no success. However, the original site of the town, Övraby church village, fell to the Swedes. Remnants from the King’s fortifications can still be found along Kung Eriks väg track over the hill. 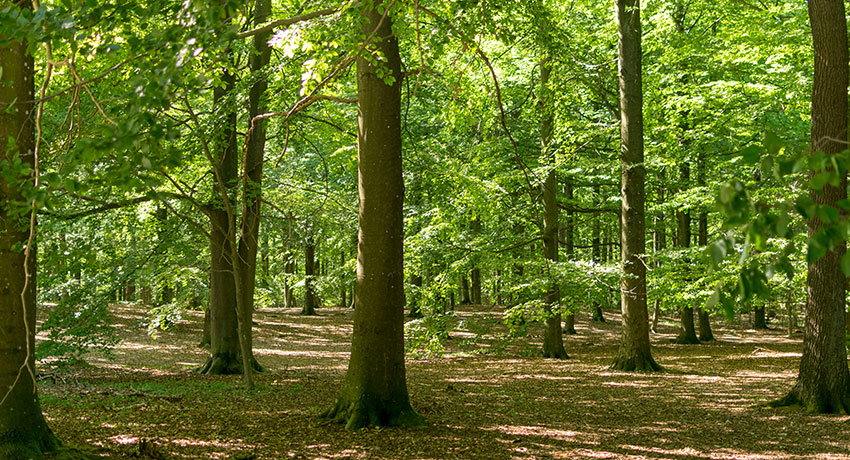 A treasured natural area since the 19th century

During the 19th century, the local people started to realise the value of the hill as an area for visitors. The beautiful beech forest on the hill was planted in the 1860s. In 1882, work started on establishing fire breaks in the forest, and these are now roads, stairs and hiking trails. However, the citizens at that time still thought the site needed more embellishment, in order to attract more visitors. In 1896, the town council allowed construction to start on the observation tower at the highest point of the hill, Klyftehög. The tower was completed in 1897.

Galgberget’s main attraction – Hallandsgården open-air museum – was established in the 1920s. Alfred Wallberg, the man behind the initiative to build the observation tower, was the driving force behind the museum. Krafsagården farm from Valinge was the first building to be erected for the open-air museum. After only a few years, eight other buildings had been erected on the site. 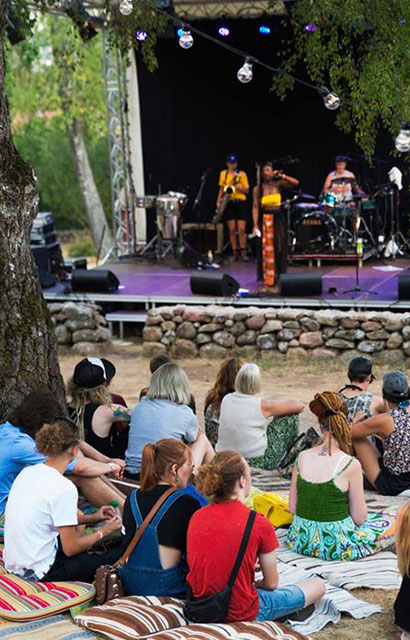 Every year, there are traditional Midsummer celebrations at Hallandsgården open-air museum. To music by Halmstad Spelmanslag (a local group of musicians), Folkdansens Vänner (a Halmstad folk dance organisation) organises dances around the Midsummer pole. Everyone is welcome to take part.

A popular annual and recurring event in Halmstad is the Galgberg festival which offers music and cultural experiences. The festival has a good range of artists in different genres, activities, workshops and good food. A perfect event for people of all ages.

Share
The page was last updated: 15 February 2022
Send us your comments