If you drive along the E6 and take the northern entrance to Halmstad, it is very difficult to miss Ivars Kulle, which rises up impressively in the middle of an otherwise empty field.

If you want to combine a walk with a cup of coffee, or take the opportunity to take some beautiful pictures of the countryside, then Ivars Kulle is an obvious destination. Ivars Kulle, which is situated on a natural mound created by the inland ice, has a diameter of around 40 metres and is seven metres tall. 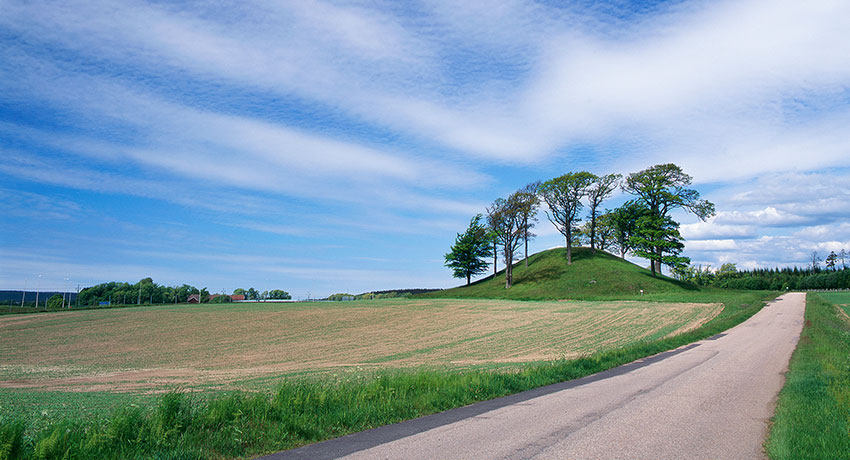 To this day, Ivars Kulle is considered to be one of Halland’s largest burial mounds. During an excavation in 1972, graves were discovered that are believed to date all the way back to the Early Bronze Age or Iron Age.

Up until the 18th century, a farm called Skintan was located nearby, and it is most likely that the hill originally got its name from Givar Gunnarsson who farmed the land between 1717-1756. It has had various names since then, but in 1956 the hill finally got its name, Ivars Kulle, which it is still called to this day.