Walk up the old stone steps into St. Olof's Chapel and you are transported back 300 years. This is the strange and complex story of a beautifully small chapel that was erected in one place and then demolished and disappeared and finally resurrected in a completely different place – in Tylösand. But let's start at the beginning. 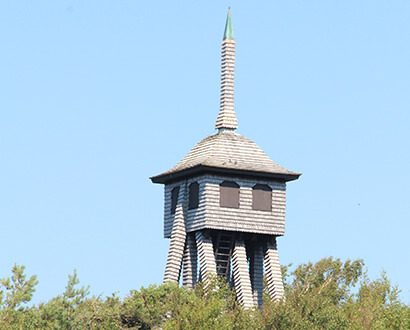 History of the chapel 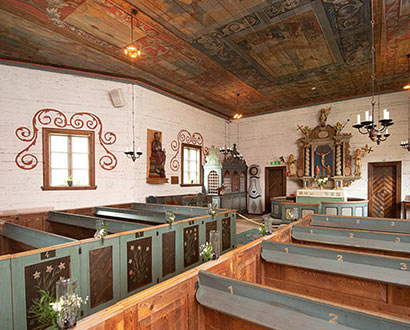 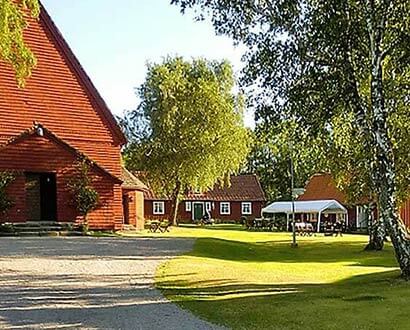 Café and concerts in summer 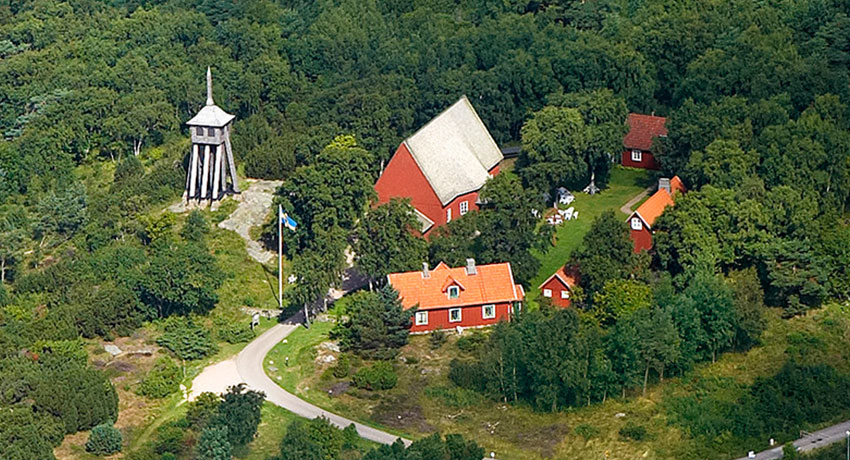 History of the chapel

We start in the forests of Småland. More specifically in Lidhult, in the year 1721. It's the year the chapel was born. But 150 years later, it was demolished to make way for a stone church. The timber was bought by a farmer who built himself a house.

In 1931, Erik Salvén, a country architect, found out during a visit to the village that there had previously been a wooden church. Now begins a barely credible story about a dedicated man who never gave up. Erik wanted to rebuild the church. But wasn't allowed to do it in Lidhult. In the end, he had to lease today’s beautiful location in Tylösand.

He scraped together money to buy the farmer's house, which was demolished and shipped to Tylösand. It became a gigantic puzzle to put together. Thanks to photographs, the chapel could be built according to its original appearance, starting in 1947.

Then came the next challenge. All the fittings had been sold in connection with the demolition. Some advanced detective work began and in some cases it didn't stop until reaching other side of the Atlantic. In California, the spiral-twisted columns used as flower pedestals were found. The ceiling paintings were found in an attic in Lidhult and the bridal bench had been used as a calf pen. But in 1950, the chapel could finally be inaugurated.

The chapel is dedicated to St. Olof, who is the seafarers' saint. The sculpture of St. Olof in the chapel is a gift from the Danish state in return for the hospitality Danish refugees enjoyed in Sweden during World War II.

Today we can enjoy and marvel at the 17th-century pulpit, the 18th-century church organ and the beautiful altarpiece. In the belfry next to the chapel hangs Halland Duke Prince Bertil's bell and Danish Queen Ingrid's bell. The chapel area also includes a rectory, a bell yard and church guardian's residence, which is now a summer café and office. 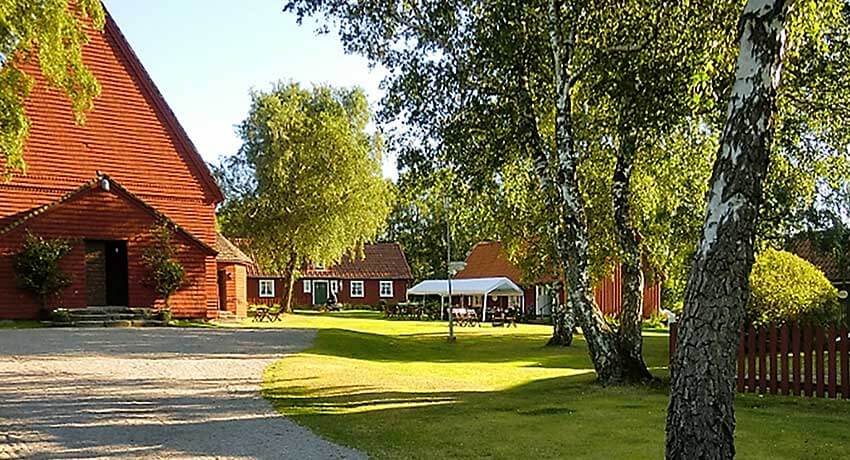 Café and concerts in summer

St. Olof's Chapel in Tylösand is a popular tourist destination, but above all the chapel is a living place with services, devotional moments and summer confirmations. The chapel is widely used for weddings, christenings and funerals. In summer, concerts and lectures are arranged in June–August. An annual flea market is also organised. 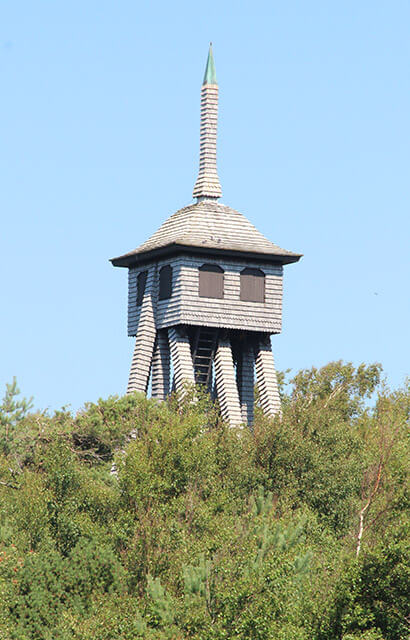 In this small oasis in summer, you can enjoy a cup of coffee, homemade cakes and freshly baked waffles in the old church guardian's residence, while gazing out at the sea. That's when you wish that time would stand still for a while.

Yes, as it may be. A beautiful small chapel from the forests of Småland is now in Halland in all its splendour, on its hill in Tjuvahålan with a wonderful sea view across Laholm Bay. It's a little jewel, a real gem that you are very welcome to visit.