We love curly kale! Curly kale has a strong tradition in Halmstad and Halland. So much so that it has been designated our national dish and has its very own day on 14 September.

That we in Halmstad and Halland love curly kale is no secret. After all, it is our national dish. Ask any local what is a must on the Christmas table and you will certainly get the answer "curly kale". Nowadays, we eat curly kale all year round. But where does this interest come from originally?

The history of curly kale in Halland

It has been well known for a long time that curly kale has been eaten in Sweden for many years. There was curly kale in Sweden in the 14th century and probably earlier than that. Even then, there was talk of kale farms being common both in the countryside and in the towns.

In the 19th century, many poor Halland residents went to northern Germany to find work. Here there was great interest in curly kale. It is said that when they returned home, they brought the interest in curly kale with them and created new eating habits with this much appreciated ingredient. The fact that curly kale could also be grown in Halland, as it had been for many years, helped to strengthen the tradition.

Long kale and other dishes

Curly kale has long been associated with a dish called långkål (long kale) that belongs on the Halland Christmas table. Everyone has their own special touch for how the långkål should be cooked. But as a rule, it is kale leaves that are cooked in ham stock (from the Christmas ham) after which they are potted and flavoured with syrup.

Today, however, you can find curly kale in all sorts of dishes and snacks. In everything from smoothies and salads to chips and crispbread. In recent years, kale has become increasingly popular, with many of its health benefits often being highlighted. It is often referred to as a "super vegetable" or "super food". 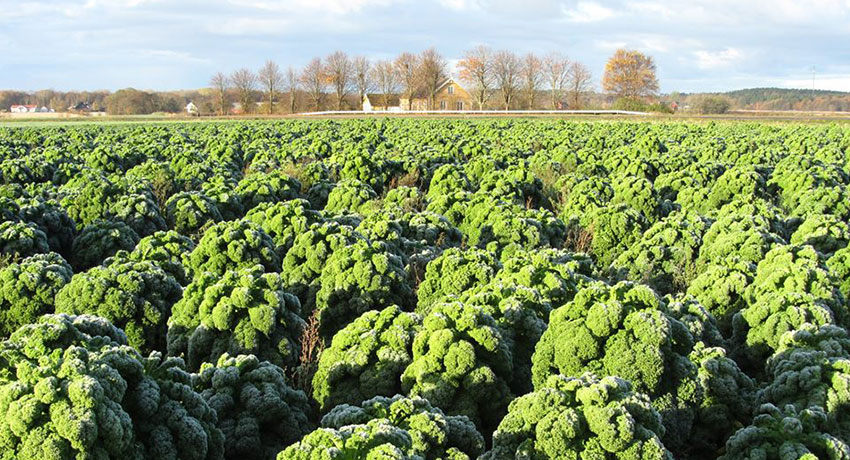 In Halmstad, curly kale is available everywhere. During harvest times you can find kale at many food markets and in farm shops. At this time you will find Hulkens's sauerkraut at PaulssonsPaleo. Steninge Kuststation often offers kale dishes, including tasty kale smoothies. Steninge Kuststation also dedicates a full day in September in honour of curly kale. Here everyone can both harvest and then prepare several dishes together.

At Börjes Konditori in Harplinge you will find yummy kale crackers. All year round you can enjoy Tallhöjden inn's tasty kale soup. At Christmas time you will of course find the famous long cabbage on most, if not all, Christmas dinner tables in Halmstad. The largest curly kale producer in Halmstad is Harplinge Kål. You can buy their kale in several stores in Halmstad and southern Sweden.

Below you will find five very good recipes you can make with curly kale. The recipes come from Steninge Kuststation and PaulssonsPaleo. 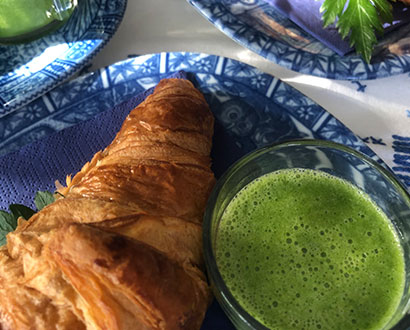 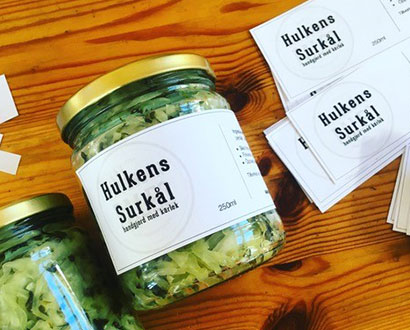 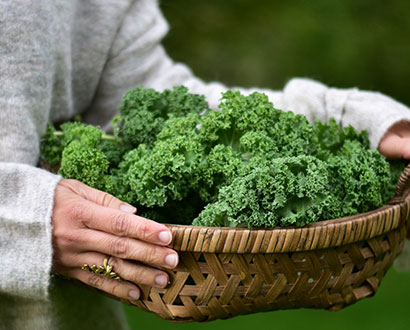 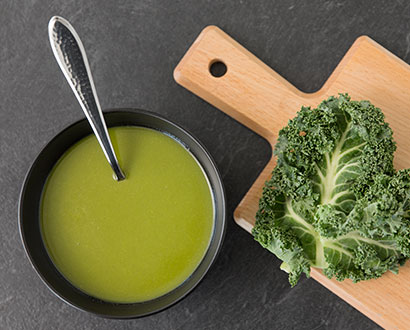 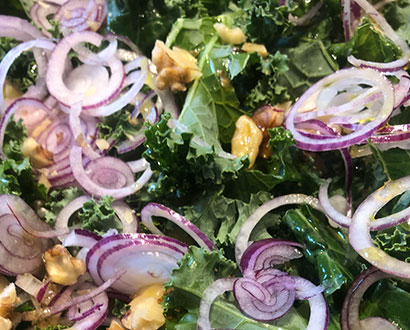 This particular sauerkraut got its name from the lovely green kale colour. The base is white cabbage as kale does not contain enough sugar to form lactic acid on its own, but the taste is distinctly kale! You can vary the amount of curly kale and cabbage up to 50/50, depending on how much kale you want.

Here's what you need:

This is what you do:

The sauerkraut can be enjoyed with most cold and hot dishes - perhaps with the exception of dessert and morning porridge!

Put everything into a blender and mix into an even smoothie. 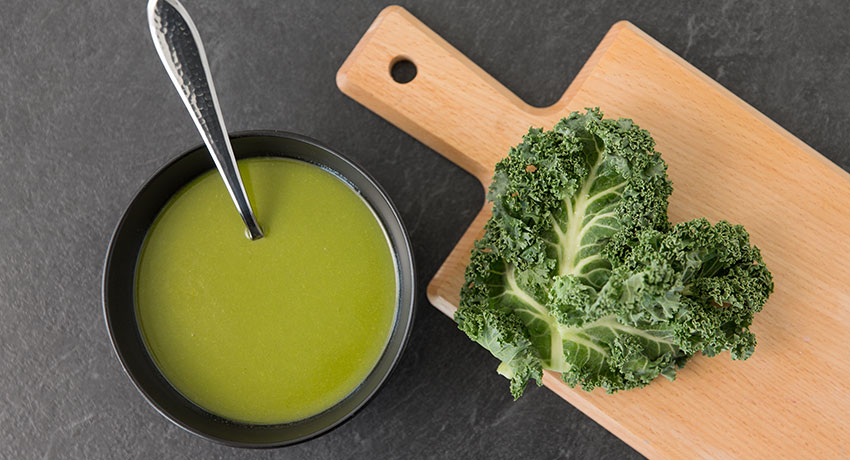 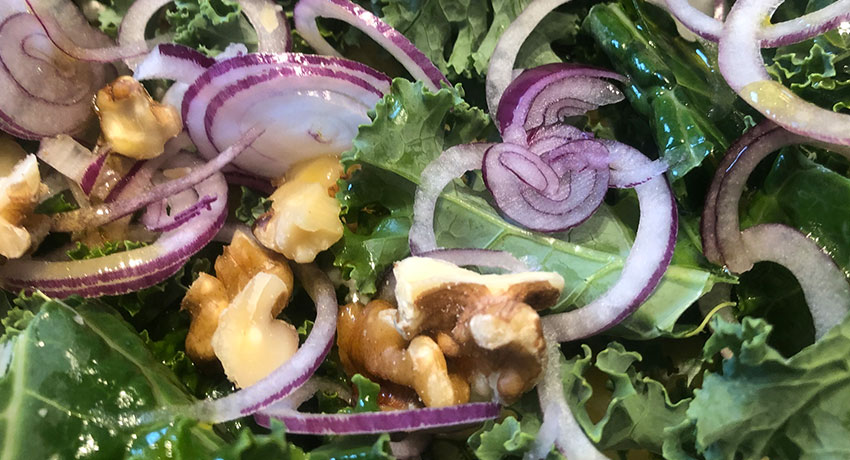 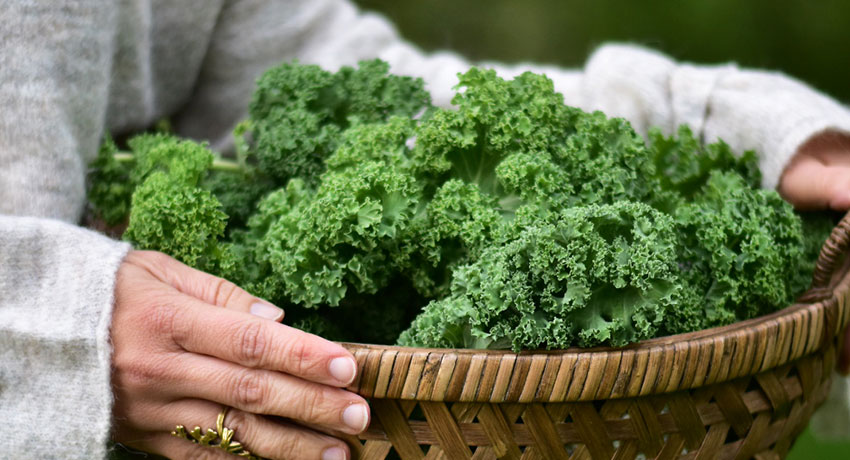 Share
The page was last updated: 23 February 2021
Send us your comments