A flavourful craft for cheese lovers

Halmstad has a rich cheese culture. Indeed, we have been making cheese here since the early 20th century. Try out well-known classics such as Kvibille® cheddar, as well as small-batch artisanal cheeses. Here are three tips about local dairies that are well worth discovering! 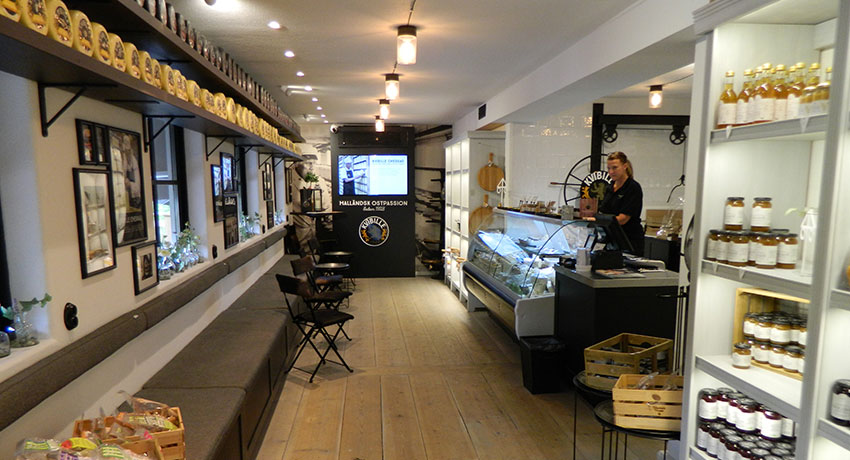 In the small village of Kvibille lies Kvibille Dairy (Swe),

External link, opens in new window. which is actually Sweden’s only producer of blue cheese and cheddar. The dairy was founded in 1916 by Håkan Jönsson, but it was his son Alfred Wendler who created the famous Kvibille® cheddar in 1928. In an experiment, Wendler used his own shirt sleeves to get the right kind of fabric around the cheddar cheese. That’s why the residents of Kvibille dubbed the cheese “Alfred’s shirt cheese”. The dairy’s delicious blue cheese made its debut in 1932 and still uses the same artisanal production method and recipe. Many steps in the process are done by hand, including paying extra attention to each cheese – about 1.3 million cheeses per year – to ensure the highest quality.

A stone’s throw from the dairy is the Kvibille Cheese Shop (Swe).

External link, opens in new window. Here you can find Kvibille’s classic creations, as well as artisanal cheeses and occasional small-scale batches that never reach the grocery shops in the city. The shelves are also stocked with locally produced cheese accompaniments such as Hafi-brand marmalades, as well as cheese planes, spoons, boards and anything else you might need to enjoy the cheese. 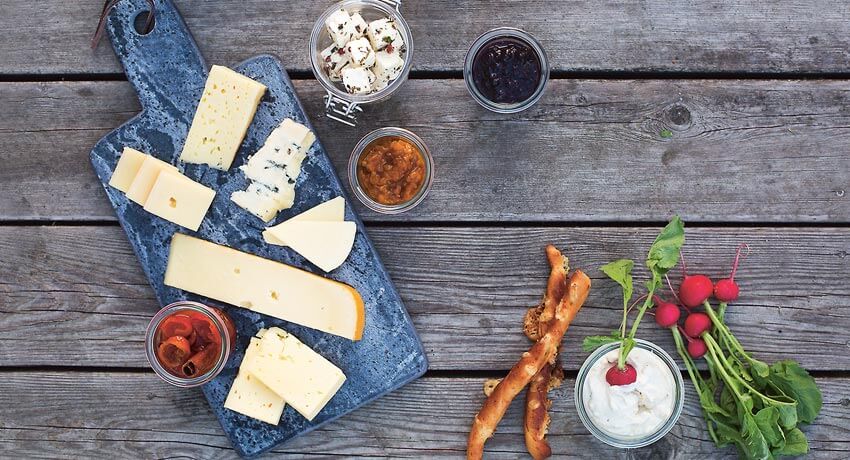 At the Wapnö Dairy Farm (Swe)

External link, opens in new window., cheese is made from milk from the farm’s free-range cows. The milk flows just 30 metres from the milking carousel to the dairy. This allows the dairy to start its careful and artisanal processing just minutes after milking. The fresh milk adds that “something special” that makes the cheeses so unique. Getting hungry? At the Wapnö Farm Shop (Swe)

External link, opens in new window. you can sample all the dairy’s delicious cheeses, from hard cheese to cream cheese to their popular Vacca cheese.

In Holm you will find the Hagarnas Dairy (Swe),

External link, opens in new window. a small artisanal dairy run by Linda Pilcher. Linda has extensive experience in cheese making, which she has used to start her own small dairy where she works on a small-scale and with a great passion for locally sourced ingredients. For example, the milk comes from Skogsgård, a farm outside Getinge. The dairy produces a diverse range of KRAV-certified artisanal cheeses: cream cheeses, soft and sumptuous dessert cheeses, and flavourful hard cheeses. You will find these cheeses in the Slättåkra Närproducerat farm shop (Swe),

External link, opens in new window. which Linda runs together with three other producers from the area. While you’re there, take the opportunity to stock up on vegetables, locally produced meat and freshly gathered eggs.