As the autumn darkness creeps in and the bare branches of the trees sway in the wind like expressionless creatures, it is almost impossible not to imagine ghost stories, dreadful places or myths and legends. Here, we have gathered a number of stories of Halmstad; which are true and which are legends, we leave it for you to decide. 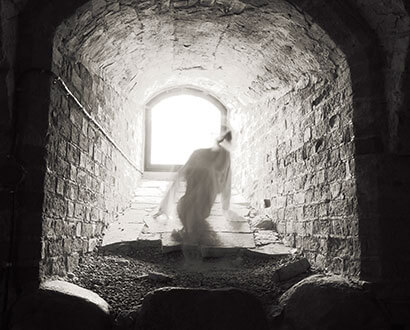 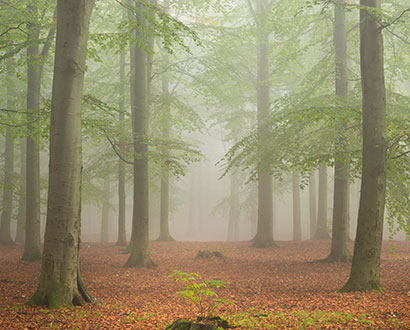 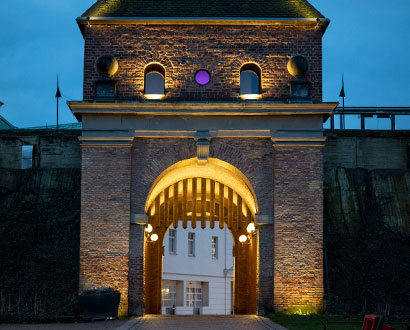 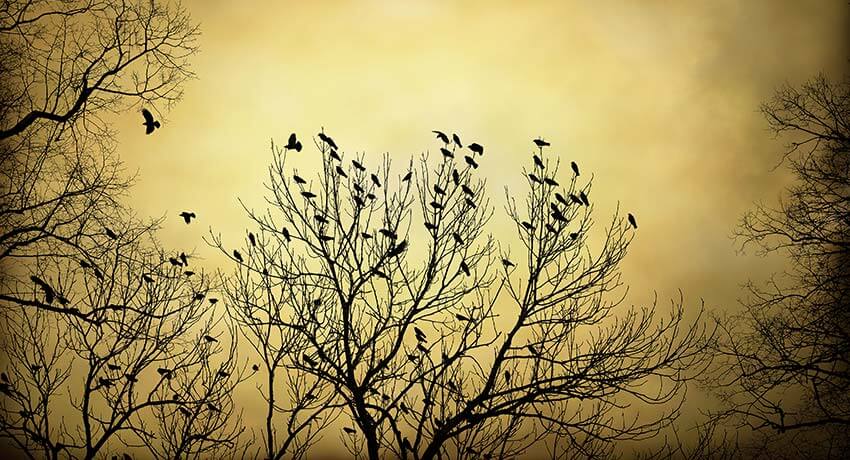 Meet the kind ghost Moberg at Fjelldalen's Castle, the Danish admiral Peder Tordenskiold at Sperlingholm's castle and the wraith in Årnaböke.

Moberg the friendly ghost lives at Fjelldalen Castle. Spectre Moberg is in the habit of rearranging the old trunks in the attic, but he is not averse to wandering around the rest of the castle. One is never left in doubt as to whether it is the ghostly Moberg one hears, as he makes a very particular sound. Moberg had a wooden leg, you see!

In his cups after a harvest festival held at the castle, Moberg fell asleep on the old railway line that passed just outside the grounds. Moberg survived this misadventure, but his leg did not. The old landowner allowed Moberg to remain on the estate, helping with simple chores.

In 1720, a duel took place in Germany between Danish Admiral Peder Tordenskiold and the Swedish Colonel Jacob Axel Staël von Holstein. The Danish admiral lost the duel, falling to a fatal thrust from Jacob Axel’s rapier. The admiral’s own rapier later found its way into the weapon collection at Sperlingsholm House, where it lives a life of its own, changing position on the wall where it hangs and even floating in mid-air. They say that this is the work of the vengeful spirit of Admiral Tordenskiold himself.

The oak stake in Årnaböke

In Årnaböke in Breared Parish there is a marsh in an area known locally as the horse pasture. They say that the marsh was once haunted by a wraith. In the middle of the marsh was a large oak stake and anyone who touched it became very ill. The oak stake is gone now but you can still see the remnants of sticks and branches thrown by passers-by to hide it from sight. Some local people still fear the place and the legend of the old stake. 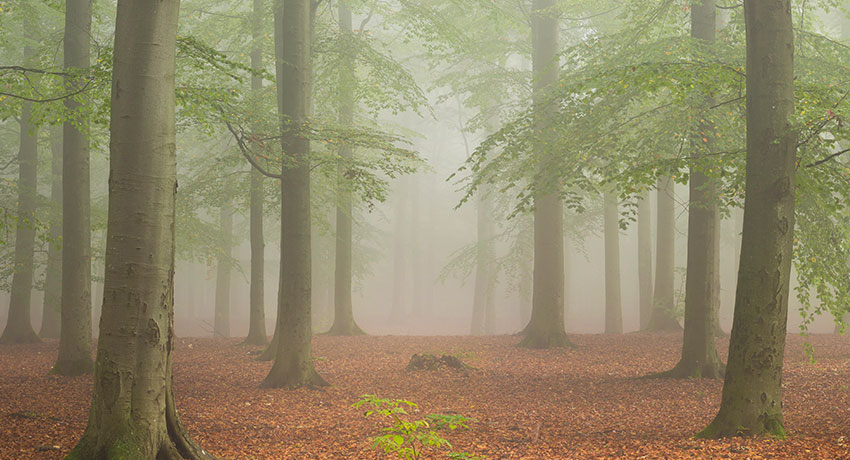 Fog in the beech forest on Galgberget. Photo: Patrik Leonardsson

Some places may have a more horrible past than others. Here we have collected four places with a terrible story to tell.

A bone’s throw from central Halmstad is Galgberget, a hill formed by glacial deposits. In Swedish, Galgberget means Gallows Hill, a name that brings to mind the ghastly spectre of the death penalty. Executions were already being carried out on the site when Halmstad was part of Denmark and the earliest evidence dates back to the seventeenth century. A map from the period depicts a gallows just northwest of Norre Port, the northern gate to the city. Although we do not know exactly where on the hill the gallows lay, if you ever find yourself up there among the beech trees and hear the leaves whispering, listen with extra care to what they say.

From the top of the hill Virsehatt you can enjoy magnificent views across the Sennan Valley and all the way to the sea. It is said that in antiquity the hill was the site of ritual senicide. When they could no longer support themselves or contribute to the community, the elderly were forced to throw themselves down the sheer cliff face. While it is unclear whether or not this is true, on the crest of the hill there are hollows with cup marks dating from the Bronze Age, suggesting that if nothing else Virsehatt was some form of sacrificial site.

More about Virsehatt and the view

The boy Johan Jacob Olsson Qwick in the dungeon.

Dungeon and execution site in Kvibille

The delightful village of Kvibille is full of ancient and exciting history and tales, beautifully signposted along the four kilometres of the Kvibille Cultural Heritage Trail. Among other things, you can descend into the dungeon and read the story of farm labourer Johan Jacob Olsson Qwick, the last person to be executed in Kvibille.

Go back in time and allow yourself to imagine the damp and cold you might have experienced if incarcerated here in the nineteenth century. You can then follow the trail to the execution site on which that same labourer was beheaded. Imagine the macabre amusement of the local inhabitants, as maids and farm labourers were granted an extra day off and gathered with their masters to witness the execution.

More about the cultural heritage in Kvibille

One of the decisive battles in the Scanian War between Sweden and Denmark was fought on 17 August 1676 at Fyllebro, just outside Halmstad. The battle gave rise to many tales, among them that of Johan Friedrich Lützow.

Lieutenant Colonel Lützow was a German fighting with the Danes who, legend has it, single-handedly killed 17 Swedish soldiers in defence of a bridge over the River Fylle. He is said to have stood his ground while his comrades fled. His bravery was such that the Swedes later honoured him with a monument, which you can still visit today. It bears the inscription: Wounded but Fighting, the Valiant Lützow Fell here in the Field on 17 August 1676.

During the same battle, elements of the Danish army are said to have fled along the shore of the River Fylle, seeking refuge in woodland beside a waterfall, the Swedes hot on their heels. As the fleeing troops ran across a suspension bridge, the Swedes cut the ropes, sending both the bridge and the Danes plummeting into the water. Today, the waterfall is called the Danish Falls. In the middle of the river there is a large rock, called the King’s Stone in honour of the victorious Swedish monarch, Charles XI.